Striking in NJPs work is the way he brings together the extremes; he is constantly stepping accross the borders and exploring the territories of technology, sound, nature, image and light. He creates a wild world of contrasts confronting bright- dark, physical-virtual, hightech- lowtech, pop- meditation, X/0, +/- and so on.
Intensity and polarity are coming together with play, experiment, curiosity and a subtle smile, always containing both extremes at the same time: as well as.

The Museum is thought around the visitor. And in the spirit of NJP the proposed architecture is direct, radical, and surprising. With the themes of architecture, the great contrasts bright/ dark, outside/ inside, high/ lowtech, geometric/ organic - the museum leads playfully into the worlds of NJP without competing with his artwork and icons. Just being architecture and performing on the interface , whetting oneï¿½s appetite. Space, light, territory, sound and technology are the central components of the Design.

The Art Promenade
The architecture of the museum embeddes several places for art interventions, activities and exhibition along a promenade. The classically curated exhibition of the collection is the main part.

1. Outdoor Space
In the clearing of the forest an outdoor LED display (13mx 9m) on the facade is the prelude. It is used as a drive-in video theatre as well as a program anouncement panel. The space beneath the screen is also an outdoor performance stage.

2. NJP Studio Replica
On the way up the escalator is slowly driving past the Replica (17mx 1.5mx 3m) in the storage space. The visitors take a glimpse there but explore after all the details 1:1 in the ï¿½cave technology spaceï¿½ of the lobby, where it is projected on the curved glass wall (20mx 3m). The items of the studio can be handled with joysticks and watched through glasses programmed with ï¿½immersive modelling ï¿½Hymodï¿½ (www.cebit2003.fraunhofer.de).

3. NJP In Situ Project
The big central internal space (36mx11mx 9m) where the escalator arrives, is destined to NJPï¿½s in Situ Project. It is open to his ideas and can also be provided with daylight.

5. NJP Gallery (Changing and Permanent9
Consisting of five rectangular to quadratic spaces of 7m height on the upper floor organised around the void of the NJP In Situ Project Space. The space is thought as an urban quarter with streets and houses. Those gallery spaces are dark boxes connected to each other by bright, tall hallways, which work like ï¿½lens aperturesï¿½. The exhibits give each box their own dimensions and create a unique world.
The internal loop works as a circuit with inner bypass. In the end of the hallways the wooden modules for the exhibition are in reach. Near the elevator is a small sitting area with the robot dog.

The exhibition plan shows an opening exhibition retracing the collaboration with his American, German and Japanese artist- friends. The pieces are combined with important multi monitor installations, which are NJPï¿½s invention. Changing and Permanent exhibition are part of the same show.

The exhibition rooms are simple and neutral with white walls, ceiling and a wooden floor. There is no direct daylight in the dark boxes, but there is skylight in the hallways in between. This change of light gives rhytm and time to the exhibition visit.
The light fixtures on the ceiling can be dimmed from dark to bright. Below are beams same as on stages for installing spots, hanging monitors and other items. The wiring should be visible as an important element of most of NJPï¿½s pieces.
The rooms are organised with mobile moduls on wheels (2.50- 4.00mx 0.4mx 2.50- 4.00m). They are made of bright wood and can be used as platform or walls. Inside is enough space to store monitors or wiring.

Large Space
It is the first and largest space (28mx 16mx 7m) of the loop and appropiate to largescale installations: The silent T u r t l e is glowing in the darkness with the T V - C l o c k in the background. The K l a v i e r I n t e g r a l of the German Fluxus in the Parnass Galerie stands brightly illuminated in the end of the space.

Expansion
From the Mushroom of the expansion G u a d a l c a n a l Requiem is projected into the void space. 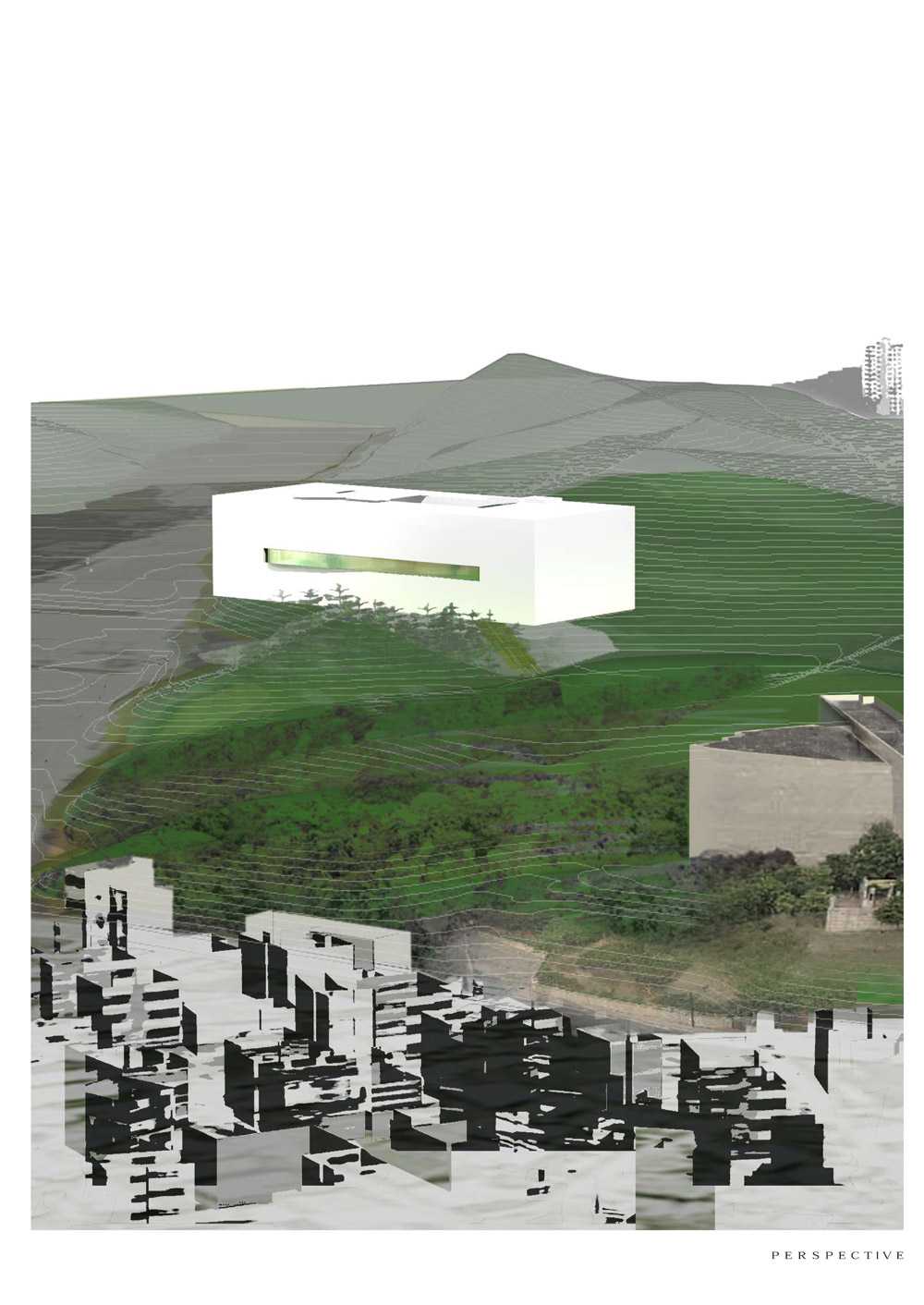 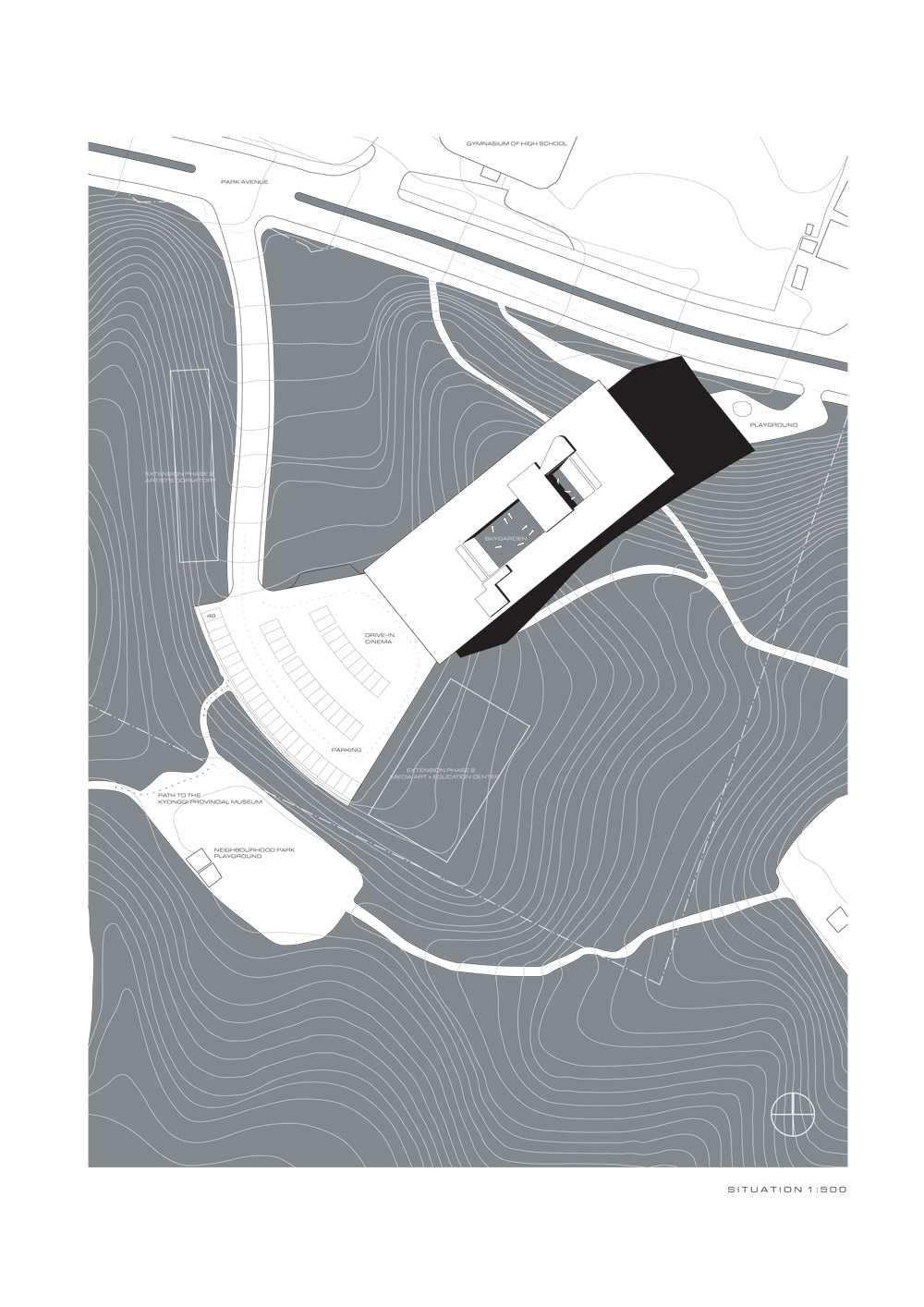 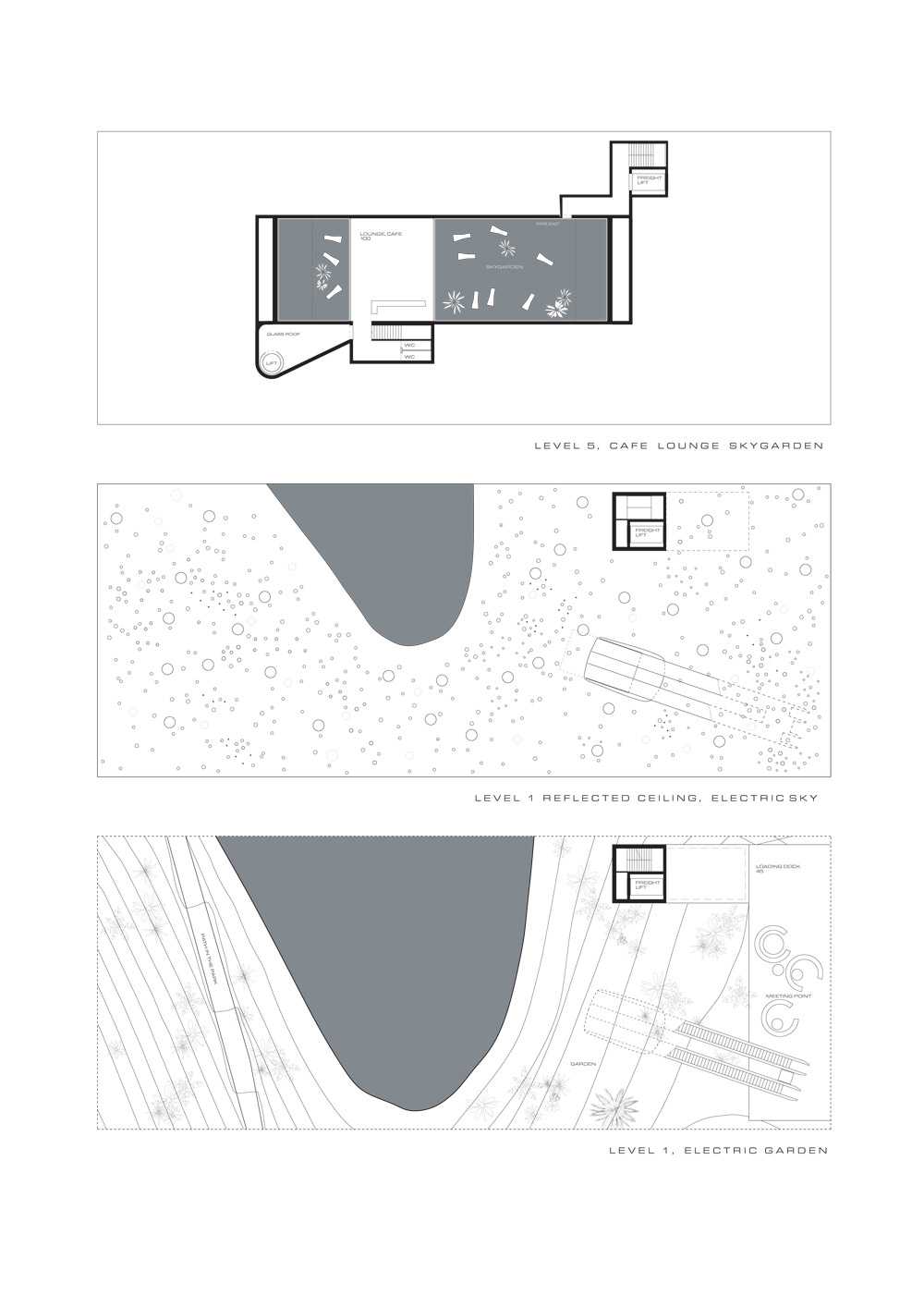 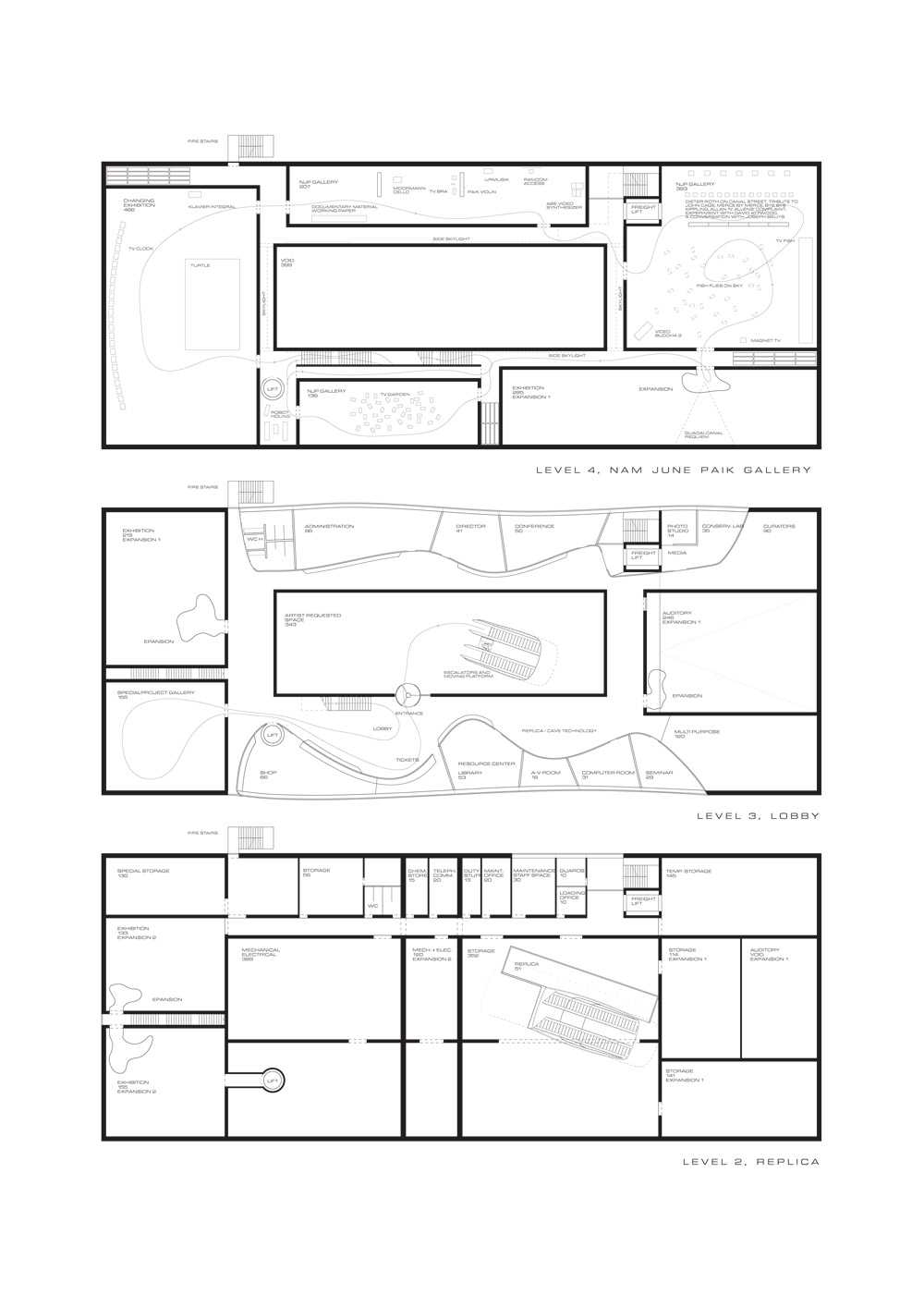 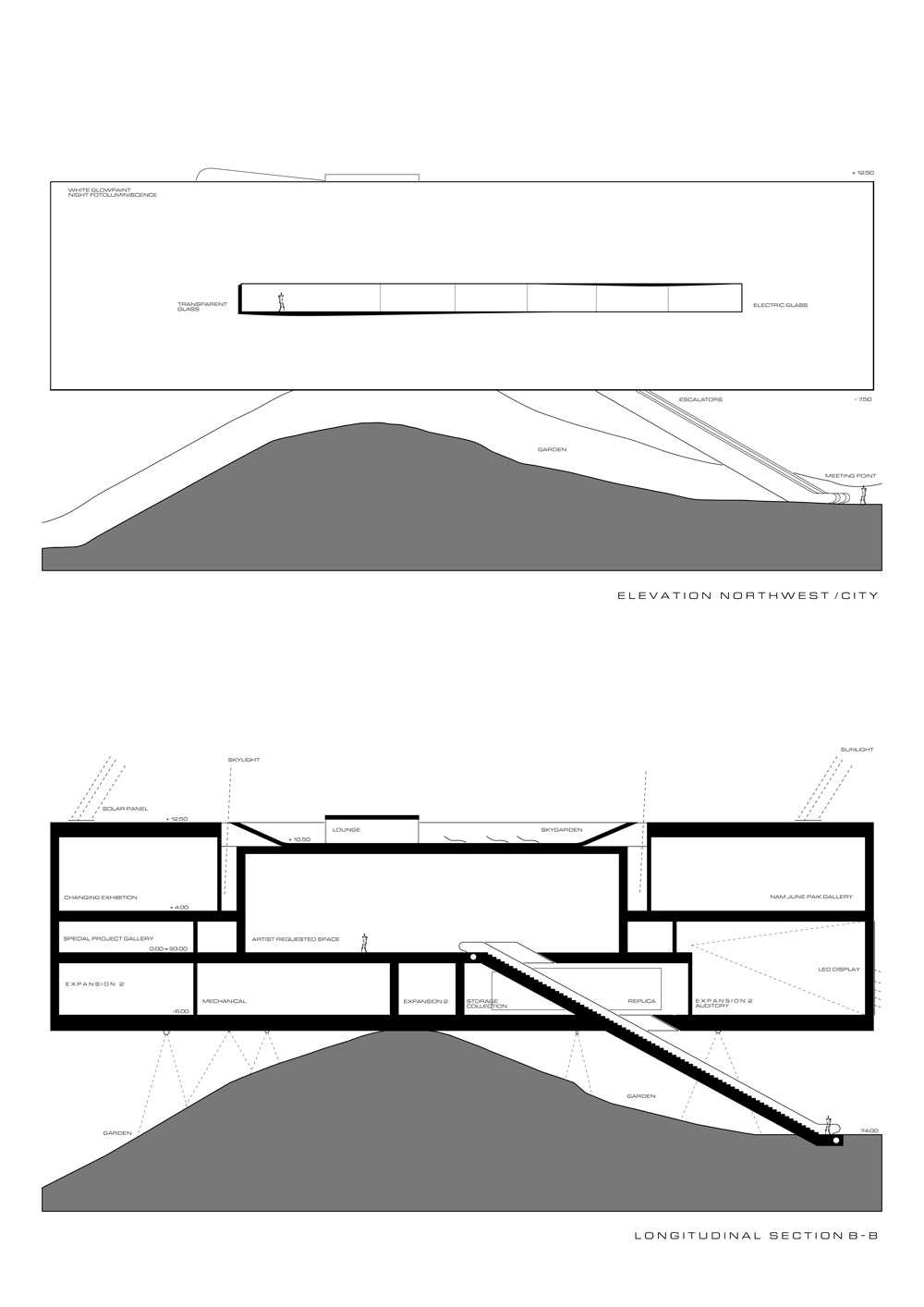 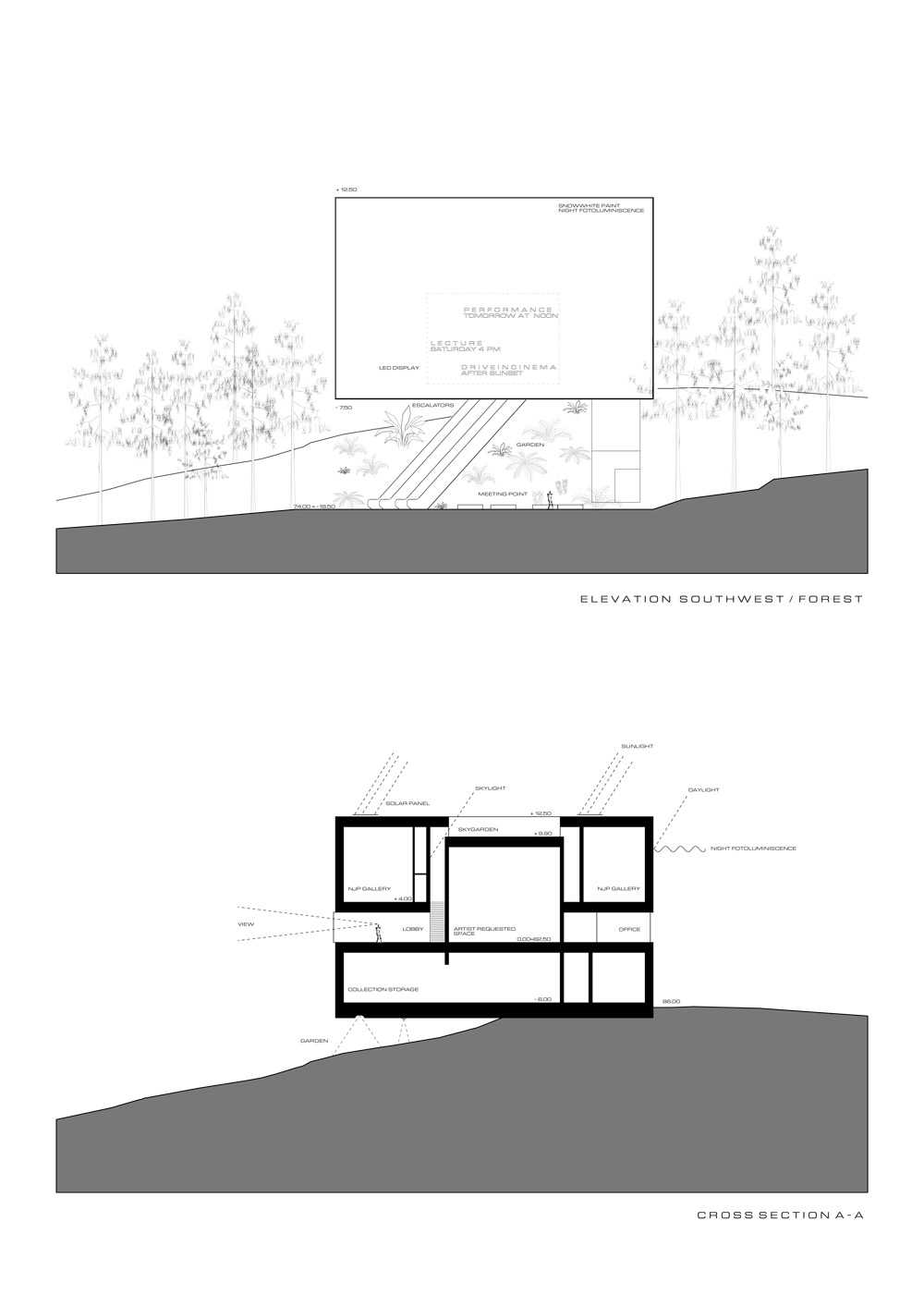 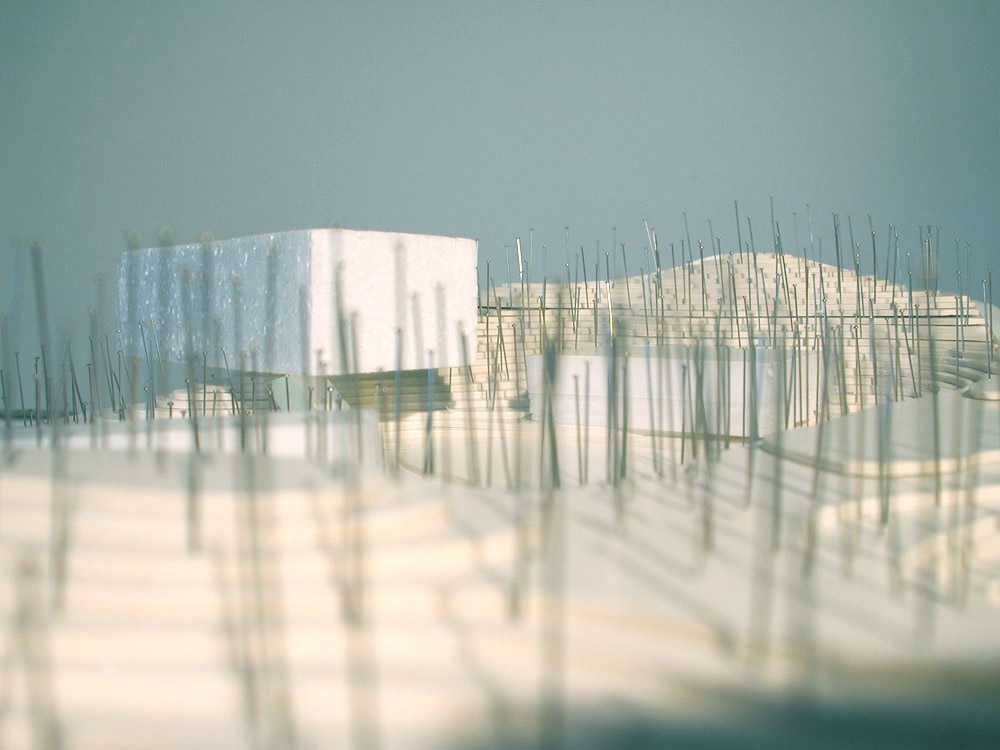 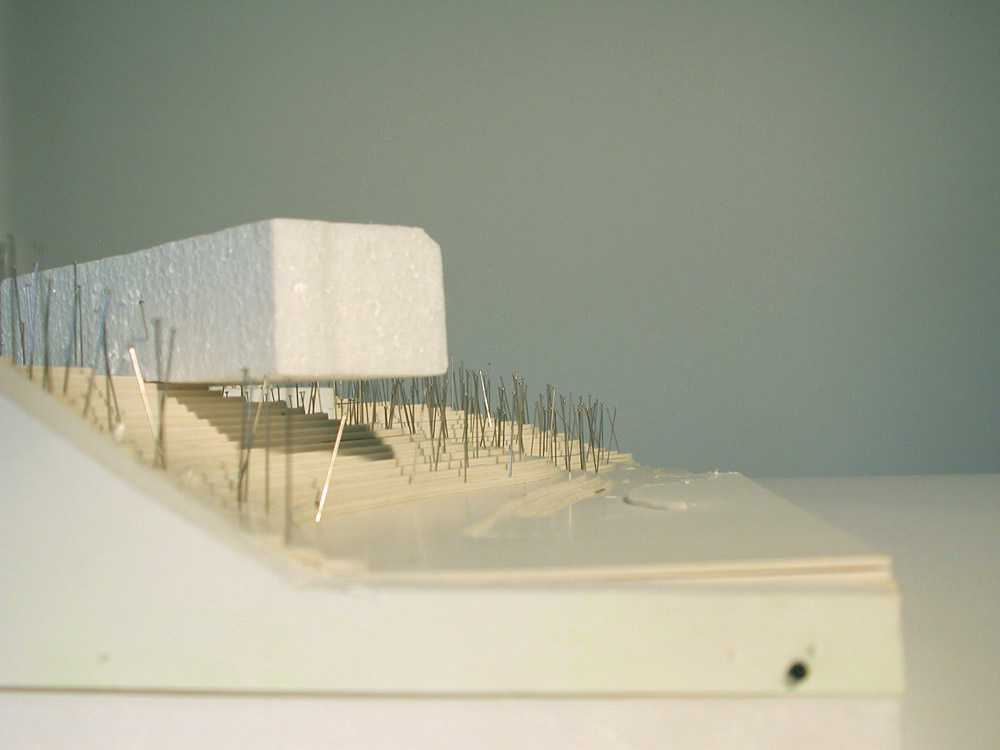 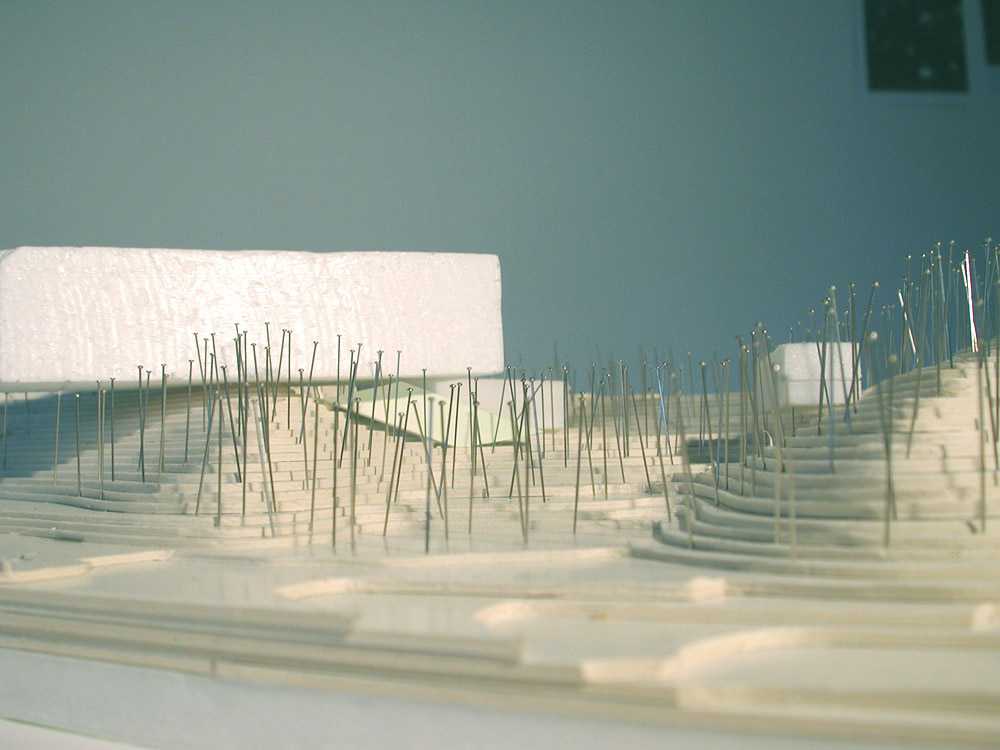 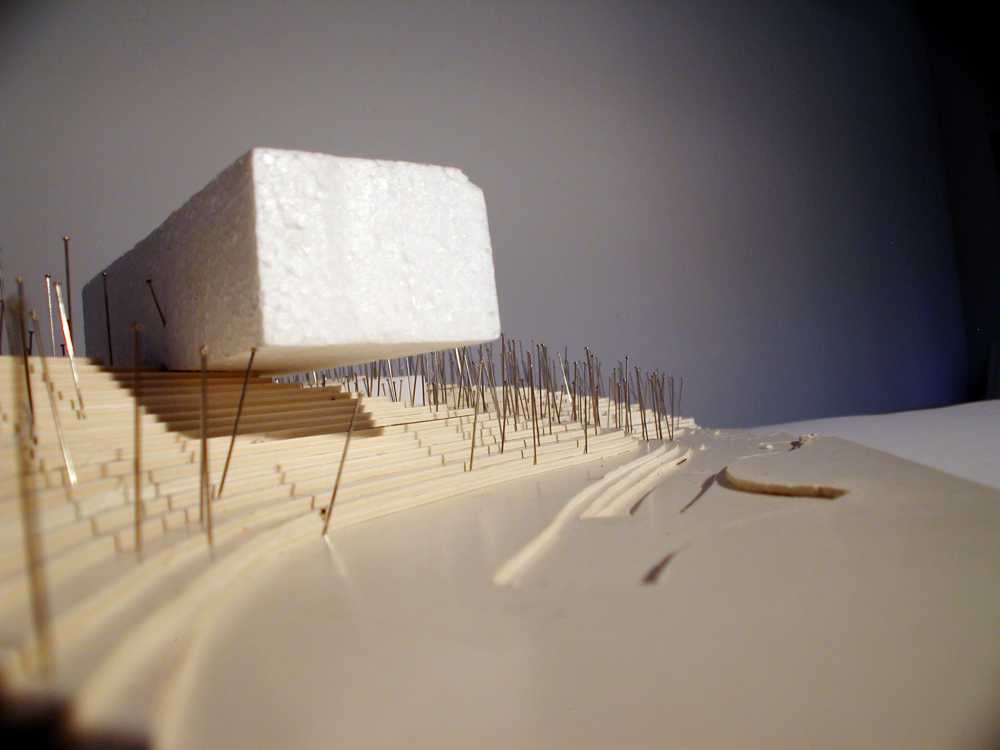 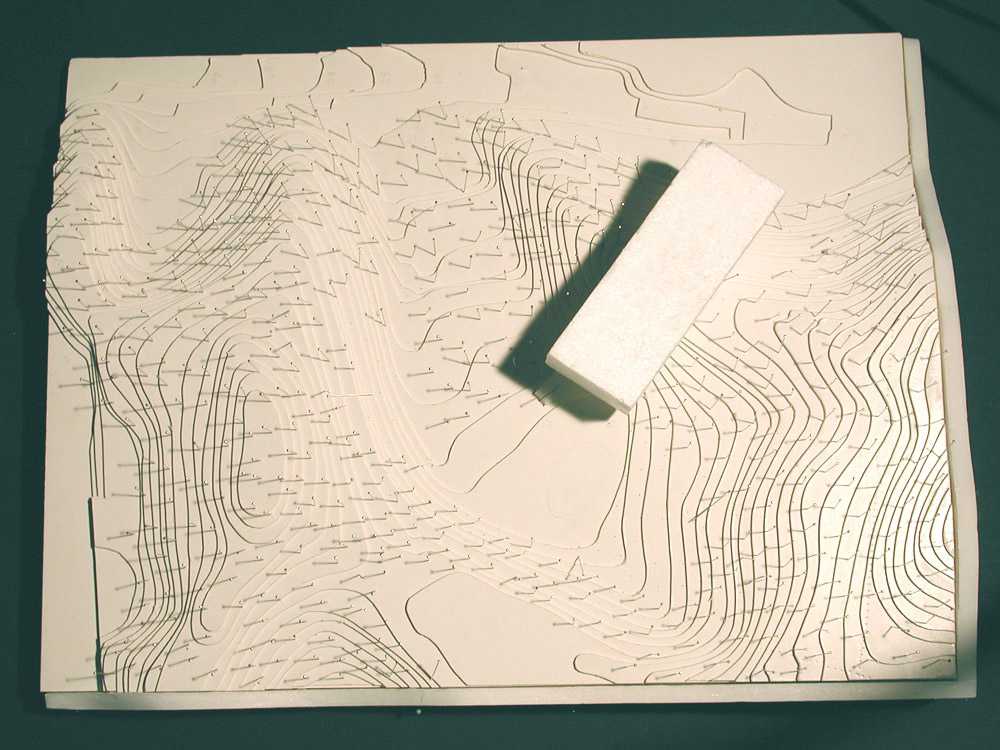 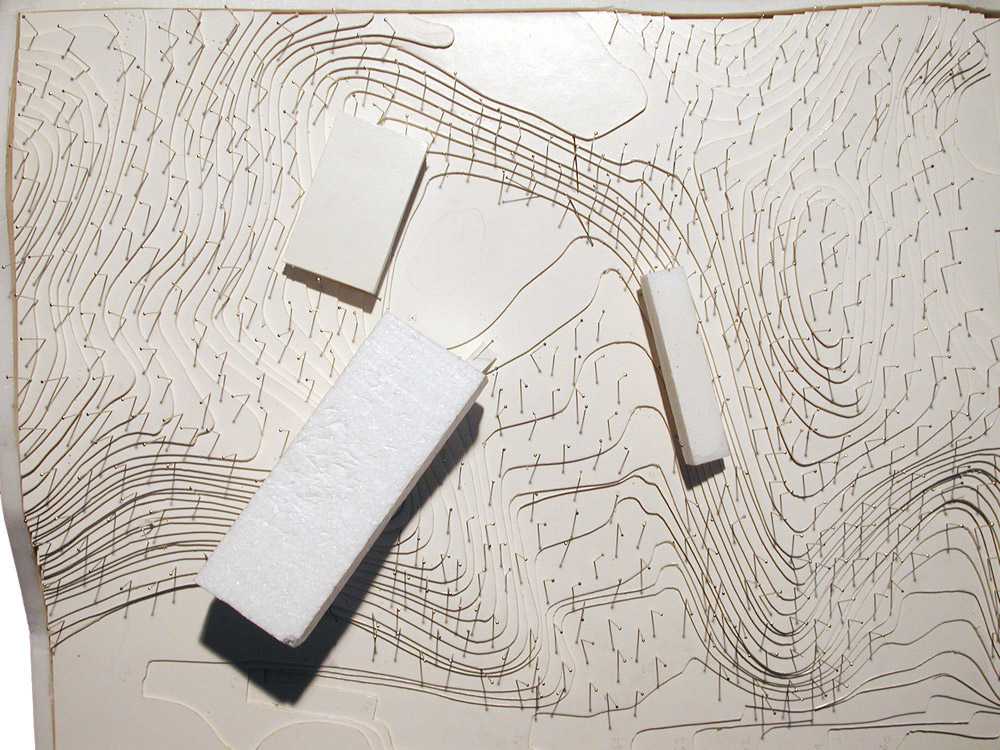 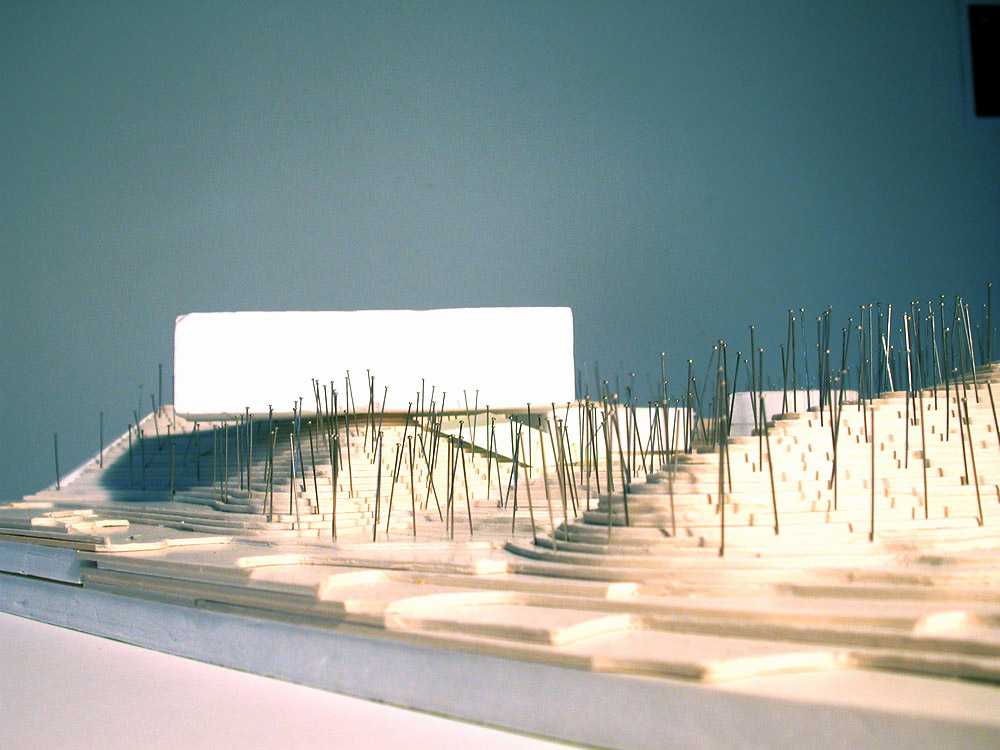 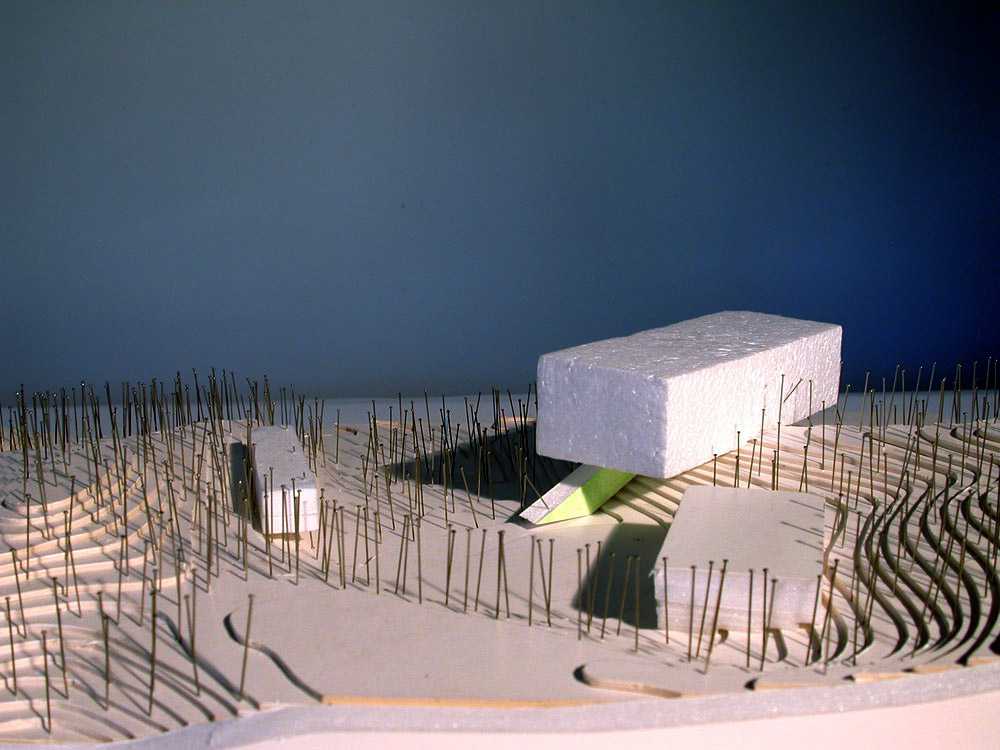 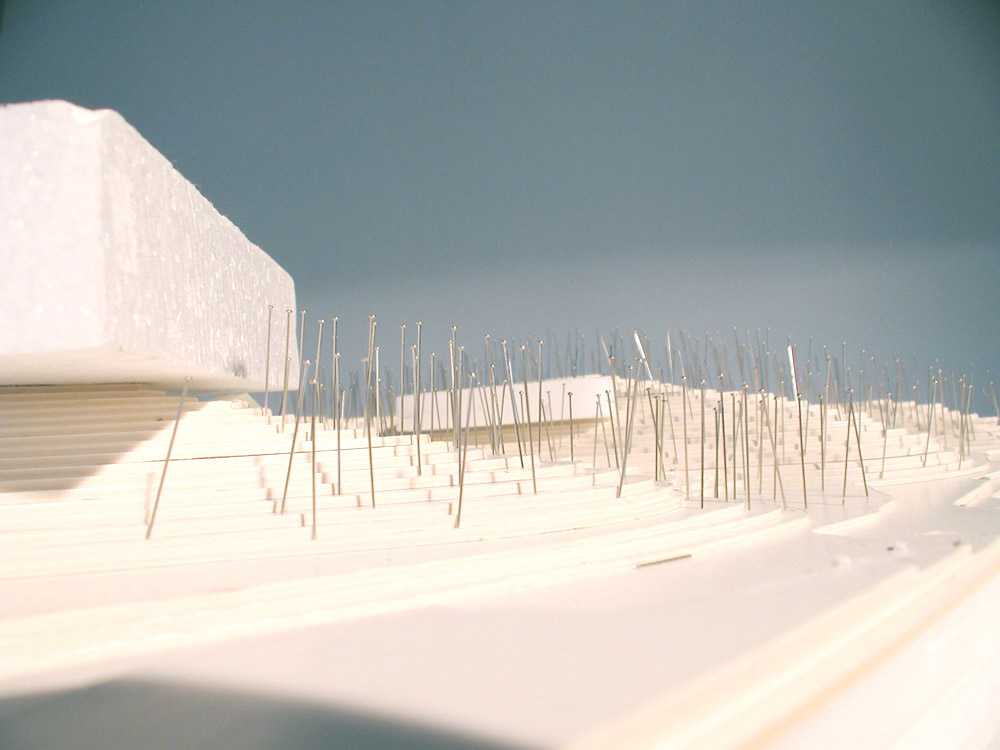 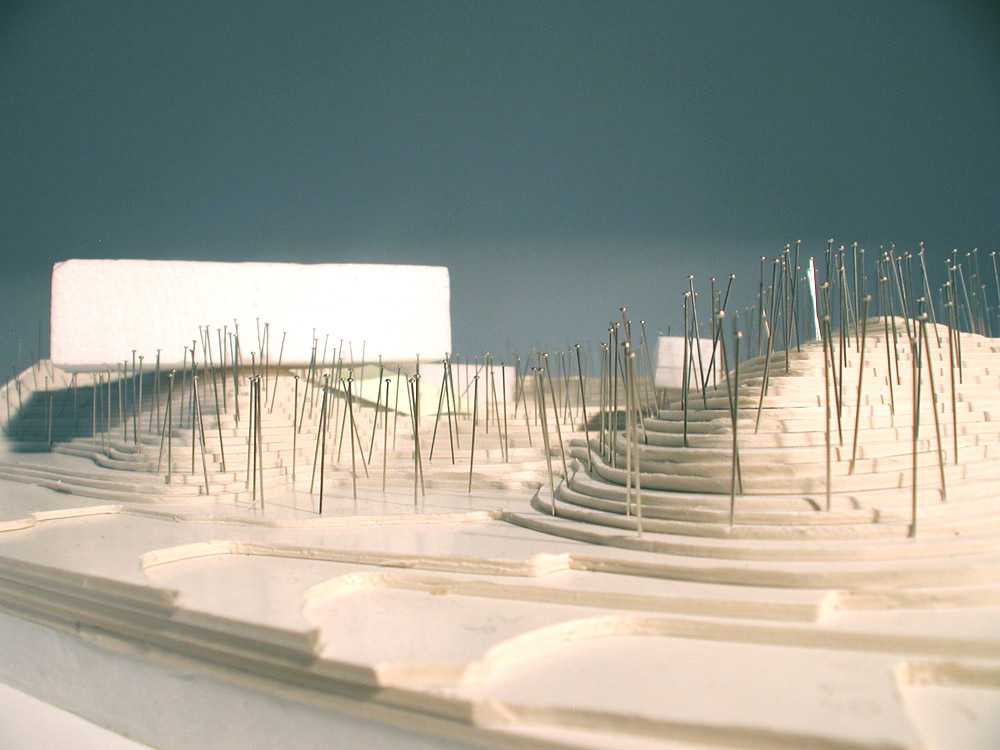 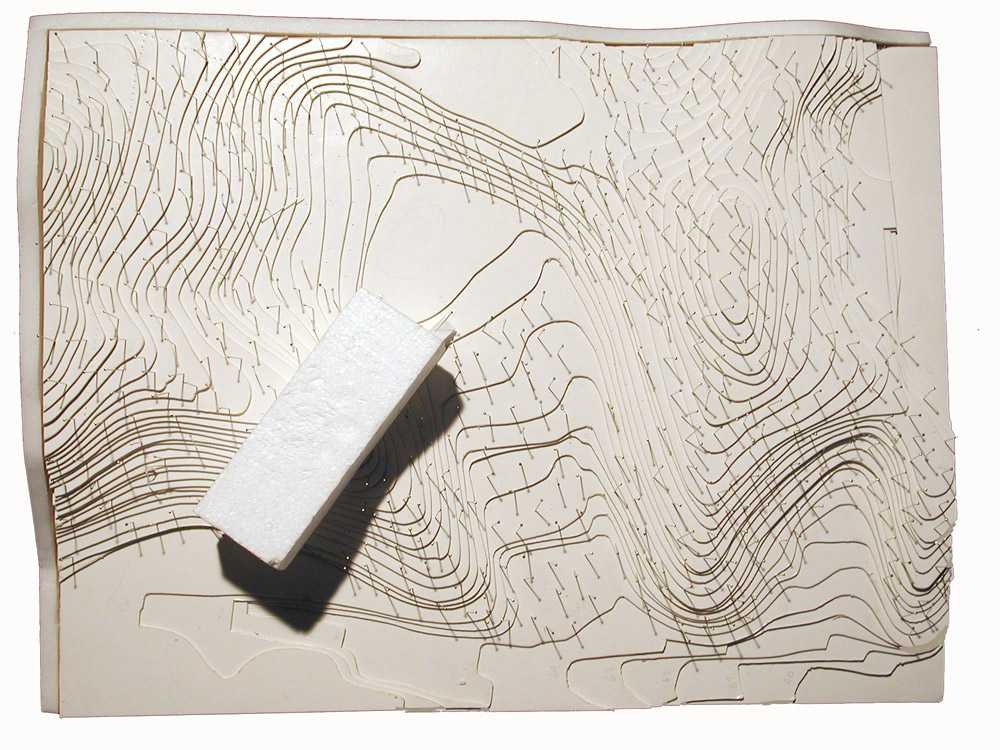 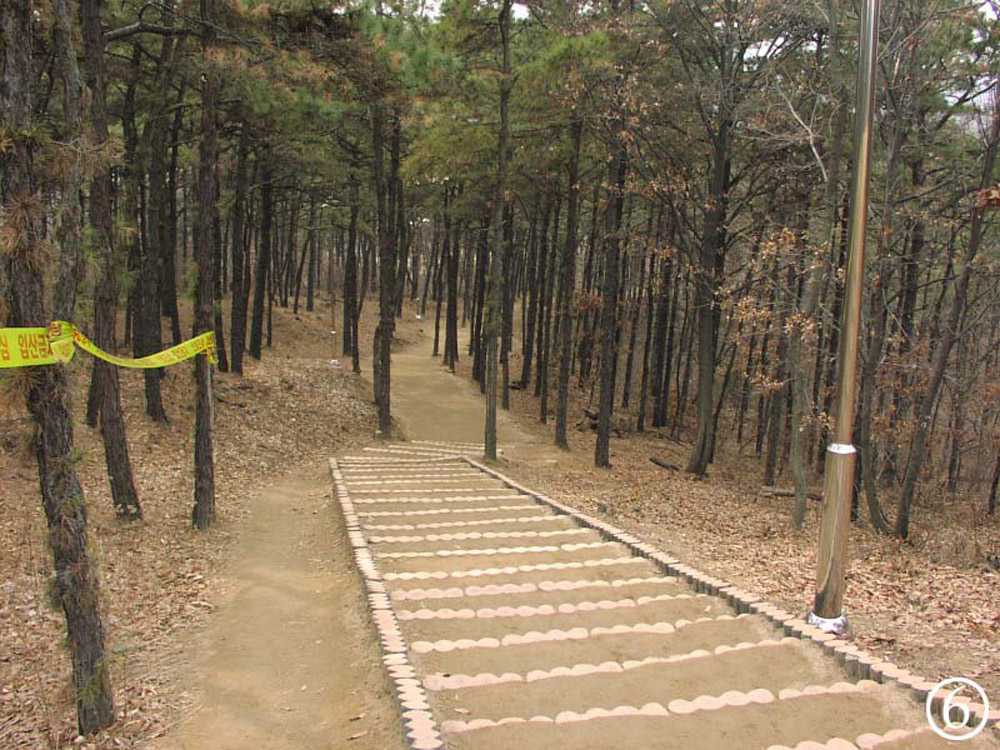 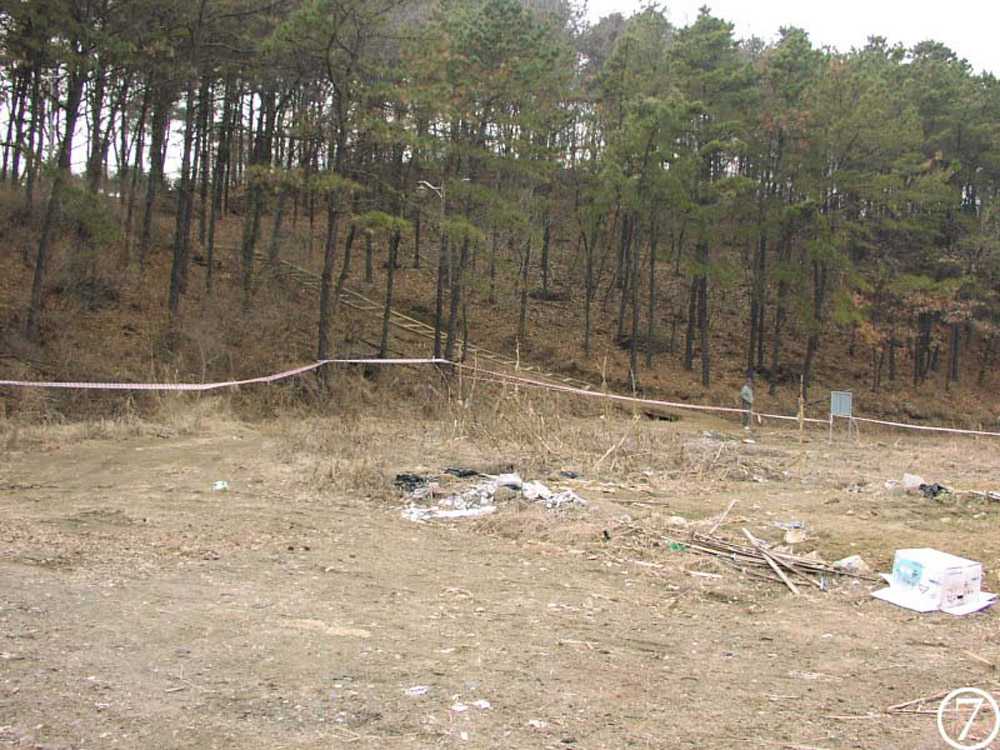 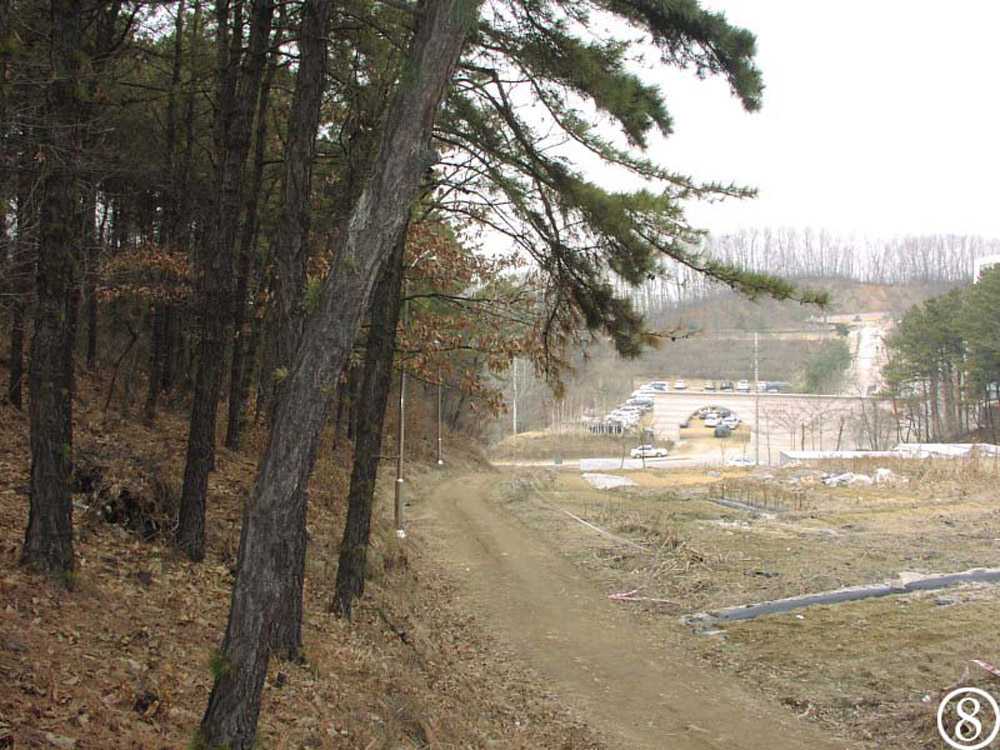 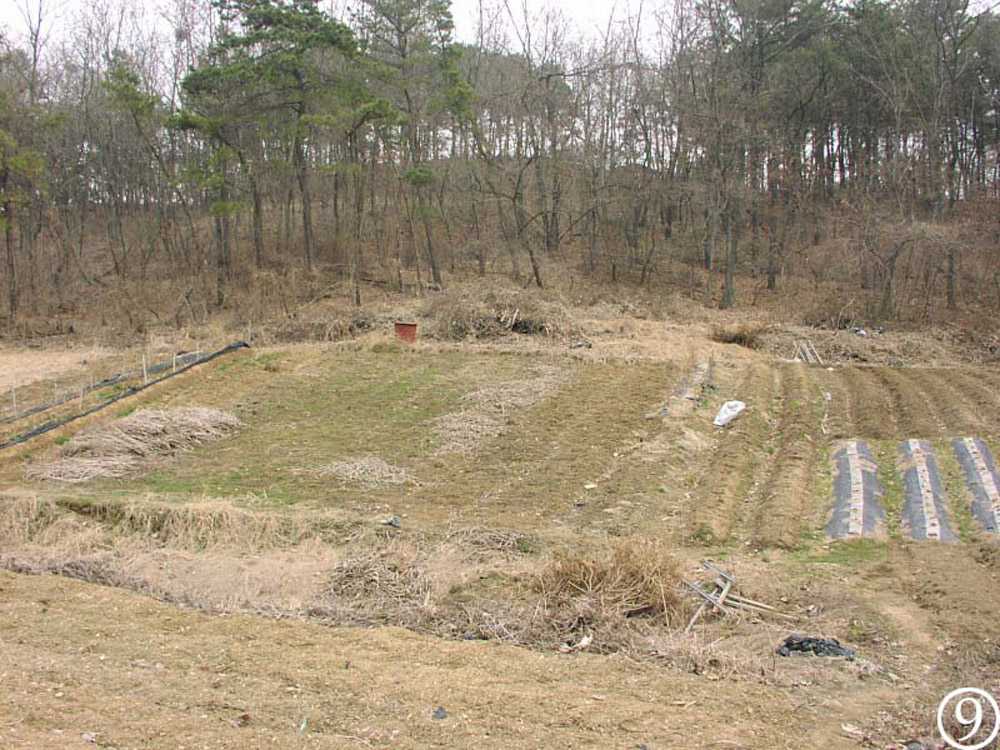